I have an obsession with foodgawker. Admitting you a have a problem- That is the first step to recovery... except I don't want to recover. Foodgawker is awesome. Checking foodgawker is part of my daily schedule, especially it's "healthy" tag section. I rarely ever make the recipes I see on there, but they provide wonderful inspiration!

And yesterday I was inspired, by this. Falafel from Honey What's Cooking.

Then I realized that falafel sounded familiar so I did some more searching and realized that they happened to be on my "to bake list" from Chef Katelyn.

I didn't use either recipe persay, but gathered my inspiration from those two blogs as well as a cookbook entitled: Secrets of Healthy Middle Eastern Cooking (by Sanaa Abourezk). 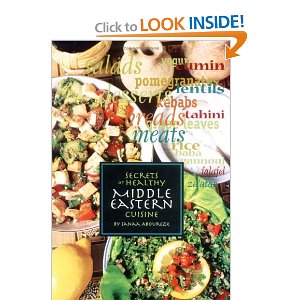 Falafel is made with tons of oil, but this recipe is oil free and baked in the oven! 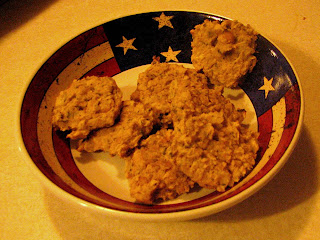 Secrets of Healthy Middle Eastern Cuisine and Honey What's Cooking suggest serving it in a pita bread with sliced tomatoes and hummus/tahini sauce.

This is how I served MINE:

Question #1: How would you serve falafel? I don't really eat ketchup anymore because it is so high in sodium and added sugars, but I usually used no-salt added tomato puree in place of it. Here the falafel takes on a veggie burger type of use. Maybe next I will make larger patties to put in between slices of bread. Thoughts?

Question #2: What healthy holiday recipes are you making for Christmas? I have a batch of low fat sugar cookie dough in the refrigerator ready to roll out and bake tomorrow. My plans also include healthifying Mexican Wedding Cookies, Gingerbread cookies and chocolate chip cookies
Posted by peanutbutterlover at 9:52 PM 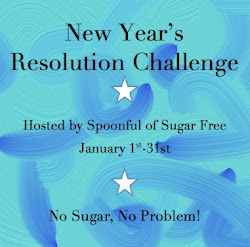 You should totally join this!